Another segment of the essay on Felix Gonzalez-Torres by Miwon Kwon from which the title for the workshop is taken. Here Kwon looks at Gonzalez-Torres’ work in relation to the structures of historical narrative:

“The most sophisticated interpreters of [“Untitled” (billboard), 1989], however, have recognized that the work’s most significant politics lie not in the assertion of gay content but in formal attributes that radicalize conventional structures of historical narrative. For David Deitcher, the work “testifies to the artist’s mistrust of institutionalized, linear methods of historical inscription, such as those that commonly render lesbians and gays invisible while claiming to tell the whole truth.” Similarly, Simon Watney has written of the work: “History is thus specifically not presented as a seamless, progressive narrative, expressing some supposedly unified historical force or will.” Instead, as Watney continues, “events and institutions coexist, as in memory, in no particular order or sequence beyond that of our own active interpretive making. The ‘private’ defiantly invades ‘public’ space.” –p.289

A remote and foreign cosmos will take place at De Montfort University on 18 April 18, in Vijay Patel 5.56, starting at 5:30 pm.

Open to all, the workshop will be a space of conviviality, collaboration and productivity, in which we can discuss, read, eat and make together.

Some preparatory work and engagement in advance will be required. 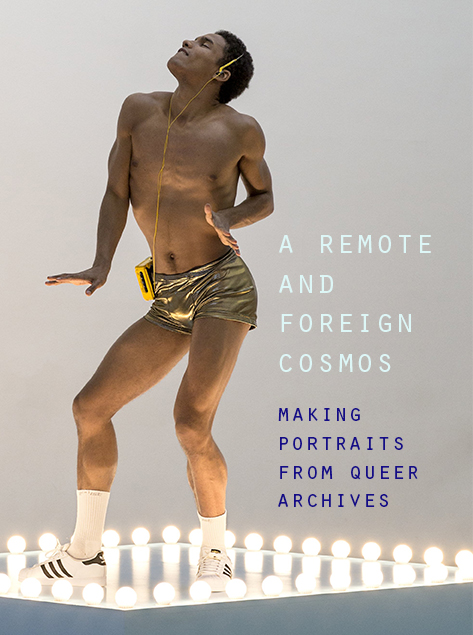 Made possible by support from the LGBTQ+A funding scheme, De Montfort University.